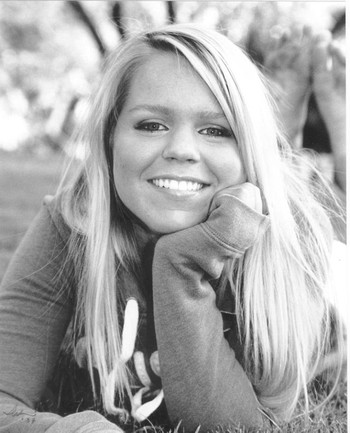 Courtney Coco is a famous model in the United States. Courtney Coco (Coco is what she goes by) is a beautiful bubbly blonde with a heart of gold. Her friendly personality, sweet demeanor, and commitment to her career has made her a highly sought-after model.  With her ever expanding portfolio of work, she has gained notoriety not only in the US but around the world as well.  From gracing the covers of high-profile magazines: many sold in stores and online, featured internet spotlights, as well as high quality print work, Coco has found herself in high demand. Whether it be well established or up-and-coming photographers and designers, she loves working with all skill levels and always finds a way to create something beautiful. Make no mistake, while the captivating look in her bright green eyes (which only about 2% of the world’s population has by the way) conveys a total focus on being in-the-moment, behind them there is a mind that is always thinking up new ways to challenge herself, and to plan for the future.  With her penchant for organization and meticulous attention to detail, Coco knows how to achieve the goals she sets for herself. Without a doubt her work ethic is evident from the many photographers who plan months in advance to again engage in new projects with her.

Coco attributes much of her success to staying centered. She does this by regularly engaging in one of her favorite hobbies: practicing Yoga. Coco finds that it brings her peace to mind and soul, fills her with positive energy, and dispels any stress or negativity from the world around; not to mention it helps her maintain her beautifully svelte dancer's physique.

There’s no doubt that if you ask anyone who knows her well, Coco’s ambition drives her to set many goals for herself. Among her many accomplishments, Coco has been featured in a number of music videos that span different genres (no categorizing this talent!); been profiled in over 50 print magazines; and has participated in several short films and stage performances. Her plans for the future include taking on even larger projects such as these on stage and screen alike.  Some of her goals include landing roles in major motion pictures and television, singing and dancing in more musicals, as well as achieving an even higher level of fame through her continued modeling career.  If that weren’t enough, Coco’s ambition also includes one day starting a clothing line and opening a yoga studio/school.

If you asked her what motivates her, or what gives her all of this positive energy to achieve so much, Coco would tell you that her main purpose in life is to make a positive difference in lives of everyone around her. Whether it be directly or indirectly, it is her hope that through her successes she can inspire others to believe in themselves and to follow their dreams against all odds. As Coco would say, "Our life is a dream, heaven is reality, and life is a beautiful work of art that God keeps painting."-Courtney Coco